Why are there power shortages?

Until recent years the demand for electricity has mostly been met by large fossil fuel power plants. With times changing the National Grid is also supported by electricity produced from variable and renewable sources such as wind and biomass. This is mainly driven by government subsidies such Renewables Obligation and Feed in Tariff. 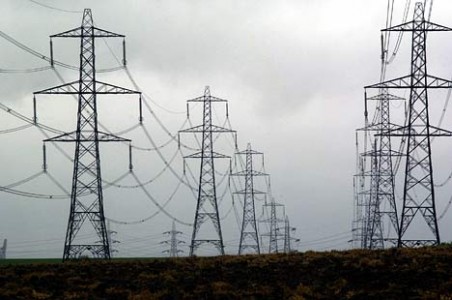 The change has caused challenges because unlike traditional power generators, variable and renewable types of energy generation can be unpredictable and therefore harder to forecast. For example The National Grid now has to factor in power generated by wind farms which is surely a challenge as it is created “as the wind blows.”

Spare capacity three years ago was at 17%, this time last year it was down to 5% but this winter it is expected to be down to 4%.  This is largely due a mixture of planned and unforeseen closures of nuclear, gas, coal and oil power stations, while an increase in energy demand has also contributed to a lack of spare power.

Whilst we feel it is unlikely blackouts will be seen in the coming year it is evident the National Grid is working to very fine margins so energy demand has become a hot topic – and potentially a profitable one for many companies.

Turning the problem into an opportunity

As Einstein said: “In the middle of difficulty lies opportunity.”  The National Grid’s difficulties now create huge  financial opportunities for thousands of companies.

Unknown to most, the National Grid provides incentives to agreed partners that encourage companies to either  make voluntary reductions in electricity usage or turn on distributed generation such as CHP technologies – thus  giving  extra capacity to the National Grid. We call this Demand Response.

Essentially the National Grid is paying companies for freeing up electricity in times of peak demand. This is easily offset as it is a lot cheaper to provide incentives for existing energy users (public or private companies) than the Grid going back to source. This system, with enough participants, will provide a virtual power plant readily available for the National Grid to use when necessary.

Forms of Demand Response have actually been around for decades in the UK but participants have previously been an exclusive small number of extremely high intensive users.

Now however this market is opened to all UK companies on the National Grid, with many already reaping the benefits. Like many incentives in the energy sector this will be on a ‘first come first served’ basis and when the required demand is met, rewards for those coming into the schemes late will fall.

At The Energy Desk we have complex software and energy management experience that allows our customers take part in four Demand Response schemes – all with National Grid backed payments.

These include STOR, Frequency Control, Demand Side Management and Firm Frequency.

These terms may be unfamiliar but do not be put off as all four schemes can provide a healthy revenue!

A Demand Balance report for a North West based manufacturer spending £155,000 a year on Half Hourly Electricity showed that up to £57,000 revenue could be created through National Grid incentive schemes!

Will participating in Demand Response affect day to day business?

You might be thinking “We can’t just turn electricity off” or “We run 24 hours a day at full capacity”   or “Won’t this disrupt business?”

But don’t worry – Demand Response is about strategic automated reductions in electricity. In fact two of our four schemes have no impact on the day to day running of your business!

The remaining two options require a slightly more interactive approach. We use in-depth analysis to identify where incentives are achievable in line with the agreed strategy.

Furthermore no in-house expertise is required for Demand Response as The Energy Desk can manage the projects from end to end. We use specialist live software and provide a free energy management tool.

Get a Free Demand Response Report from TED

The Energy Desk offers a free Demand Response Revenue Report – it’s a simple report showing how much money your company can make from National Grid incentives such as, but not limited to, Demand Response. The no obligation report comes with the sole purpose of outlining the potential of our four schemes – the figures will speak for themselves. Learn more about how your business will benefit from The Energy Desk’s commercial electricity procurement.

All that’s needed is Half Hourly or CHP data which we can obtain from your supplier with a Letter of Authority. It is also good to know if your company is involved in any other National Grid schemes, as well you business will be affected by Ofgem’s proposed changes to electricity distribution charges.

To arrange your free Demand Response Revenue report or if you have any questions please contact us today.

Monitor your energy consumption and bills live, with Ted tech...

What Are Smart Meters and Do I Need One?

Smart meters have been around for a while now, but not everyone in the UK has one. These meters are designed to measure your gas

Renewable energy is also referred to as clean energy as it’s designed to use resources that are either limitless, such as sunlight and wind, or

Simple Ways to Reduce Your Energy Use

Reducing your energy use has numerous benefits, with the two biggest being a lower carbon footprint and saving money. Both are excellent reasons to try

Contact the TED team today and see how we can reduce your business energy costs . Call now on 03330 151 221 or request a call back.

Facebook Twitter Linkedin
Turn National Grid challenges into revenue with demand response
admin
Manage Cookie Consent
To provide the best experiences, we use technologies like cookies to store and/or access device information. Consenting to these technologies will allow us to process data such as browsing behaviour or unique IDs on this site. Not consenting or withdrawing consent, may adversely affect certain features and functions.
Manage options Manage services Manage vendors Read more about these purposes
View preferences
{title} {title} {title}